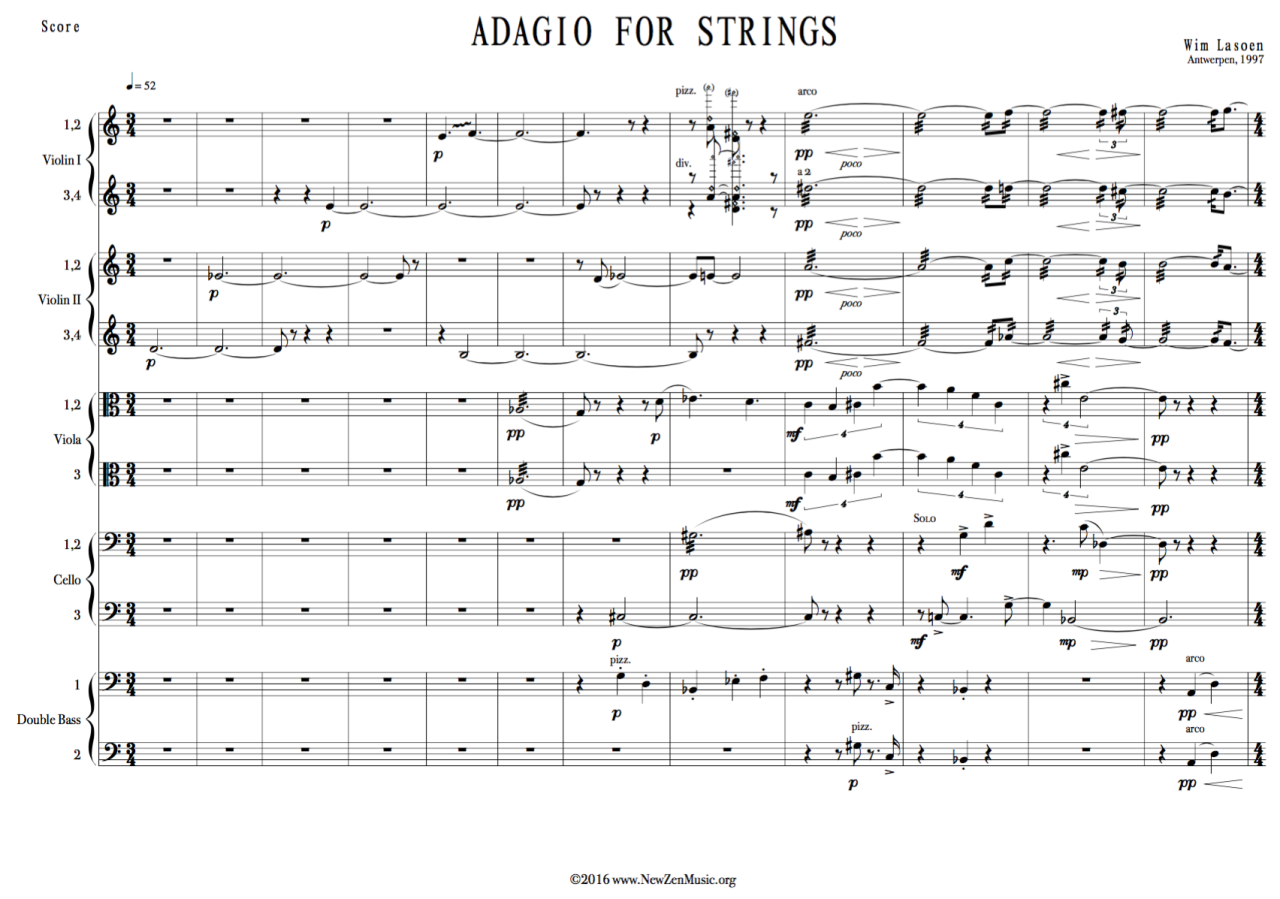 Adagio for Strings, a manuscript composed in my last year at the conservatoire of Antwerp, had never been performed. In those ‘early years’ I had sent the score to Rudolf Werthen to ask if there was any interest from I Fiamminghi. A polite letter came back telling me that it was an 'interesting’ work. I never took the time to write out the parts though.

The score came back to me and drew my attention a few months ago, don’t ask me why - midlife crisis? Finally after all these years I decided to engrave the composition into Finale, meanwhile adding some improvements. In the meantime, I’ve learnt a lot about VST’s and how to use them in a notation program desperately trying to hear the composition played by a computer in a somewhat acceptable way. I’d never tried to really go deep into virtual playback before. It has been an interesting holiday.

- Adagio for Strings’ full score and parts will be available for download on NewZenMusic.org (just a few 'approving’ hours to go)

- Already, a premature version of the digital performance is on Soundcloud. You can also listen to it by opening up the Adagio for Strings lightbox on the 'Orchestral Works’ page of my website.